Chilean Visionary’s Bold Ventures May Be Vindicated by Foreigners

By Craig TorresStaff Reporter of The Wall Street Journal
January 12, 1999.

SANTIAGO, Chile — Manuel Cruzat Infante built and lost empires in Chile over the past two decades as local banks turned hot and cold on his investments. Now foreign investors are taking an interest in some of his ventures, and that may vindicate his flagging reputation as Chile’s boldest entrepreneur.
At a time when much of the new investment in Chile still flows into the production of copper and other basic materials for export, Mr. Cruzat’s conglomerate, CB Group SA, is betting on real estate, online banking and brokerage operations, and railroads. None of these investments has enthused local bankers, who have cut back on loans to CB Group for the past three years, executives say.

Mr. Cruzat is an unusual Chilean. In a country that worships conformity, he is an outsider who tends to invest in futuristic economic trends. He and his aides chide the local financial system for staking their future on telephone and power companies. «Here, the most important companies are electric utilities. In the U.S., they are almost irrelevant. Something is wrong,» says his like-minded son, also named Manuel, who is a CB Group director.

During the 1970s, Mr. Cruzat controlled pension-fund companies, forestry and fishing concerns, copper mines, vineyards, banks and brewers, an empire that earned him the nickname of «Chile’s Howard Hughes.» The government split up the group because Mr. Cruzat’s banks had made large loans to other Cruzat companies, and regulators were concerned that the related-party loans were a risk to the financial system. Still, many of the sold-off companies are flourishing in the hands of others, a bittersweet vindication of Mr. Cruzat’s economic prescience. In another country, Mr. Cruzat might be considered a brilliant venture capitalist; in Chile, he is considered a risky visionary whose long-term projects don’t pay enough attention to near-term cash flow.

«Cruzat is thinking 20 years from now, not today. Banks are a bit scared of him,» says Alejandro Montero, a partner at Celfin Ltda., a Santiago investment bank. «He is not a down-to-earth guy, but he is very intelligent and a visionary.»

In railroads, at least, Mr. Cruzat has a clear win, his partners say. The concessions include a 1,500-mile cargo line running from central to southern Chile, as well as lines linking Bolivia with Chile and Argentina. Bolivia is a landlocked country rich in minerals and other natural resources that needs to use its rail lines more extensively to exploit the country’s natural wealth and gain access to imports. Tonnage on both of CB Group’s principal rail concessions is growing in the double digits. The Bolivian line is profitable; the Chilean line is earning money on an operating basis, but still posts net losses because of monetary charges.
In real estate, Mr. Cruzat wants to build cities that can compete with Latin America’s clogged, smoggy and increasingly insecure capitals. The experiment is under way between Santiago and Valparaiso, the congressional seat, where CB Group is building Curauma, a 9,000-acre planned development for 200,000 people.

Set in wooded hills around a lake, Curauma already holds 630 families. There is a private school and day-care center, as well as plans for a university and industrial park. CB Group has raised Curauma’s land values through zoning and neighborhood design. The project will take more than a decade to finish, too long for most Chilean banks. The lack of financing has forced CB Group to sell land options and other assets, and plow profits back into roads and infrastructure.

Mr. Cruzat also wants to build Chile’s online financial supermarket. CB Group operates financial-services concerns in Chile and Peru, with $110 million in assets under management and more than 4,000 clients. It is talking to online brokerage firms in the U.S. about bringing the technology to Chile. The idea holds promise because Chile’s creaky financial system is full of duplicated costs. Banks can’t sell pension-fund products, for example.

But Chile is a poor country where computers are still a luxury of the upper class. There are also regulatory hurdles. «This project is going to require investment and will have negative cash flow for many years,» says Henry Rudnick, head of research at CB Capitales, the brokerage unit. «We have to look for a foreign partner that understands,» he says.

Subscribe to our newsletter to get our newest articles instantly! 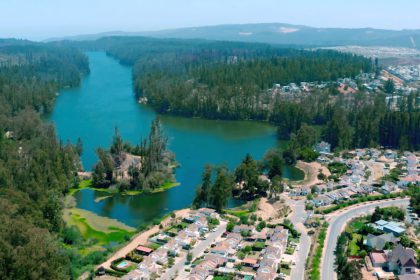 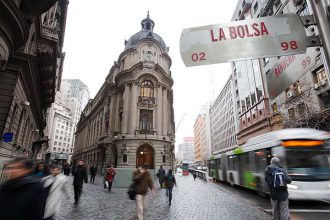 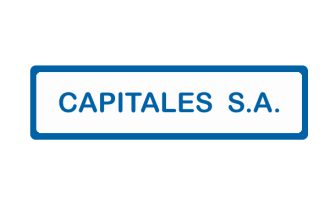 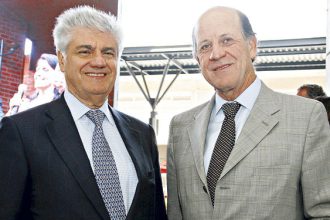